Eight years and eight months in the home front 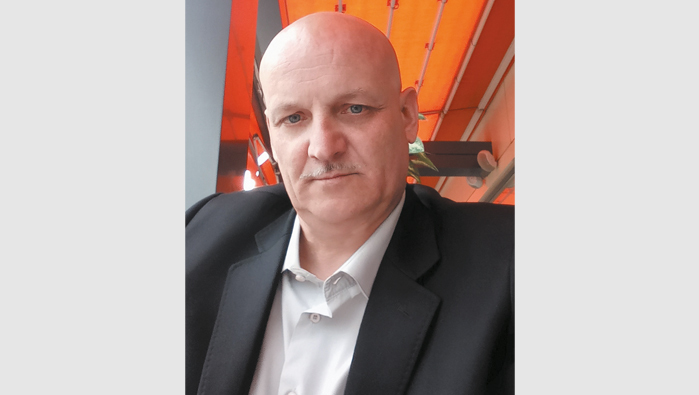 Eight years and eight months in the home front

The ninth year of this strange war in the Donbass may be called a turning point. Historians. In the future. In the past six months, indeed everything has radically changed in comparison with the previous eight years, when the entire war was reduced to slow intensity border conflicts. Outwardly, at least. Obviously, an information war was waged, but for many of us it quickly turned into background noise, giving rise to a new term – «talking head»... Obviously, there were operating subversive groups, people have been dying in shootings and hitting by the fire, not only in military uniform, but it was not advertised. It was somewhere there, on the contact line. Now, since there have been no serious hostilities since the beginning of 2015, the territory two or three kilometers from this very contact line was already considered the home front. And this state of affairs has moved the needle to the unspoken name – «strange war», when officially there was no war, and the life of civilians in the home front gave rise to their special and sometimes incomprehensible attitude to the surrounding reality, to life and death...

What is it like to live in the home front in the Donbass?

In 2014, after the referendum, in a number of settlements in the Lugansk and Donetsk regions, the LPR and DPR were formed, which were almost immediately declared by Ukraine the terrorist organizations, and all their residents being separatists. But for many, everything looked somehow fake or something... Somewhere there was fighting, someone fought with someone, but in many places, everything was simply perfect, only sometimes braking up by distant cannonade. Here is a case from that time. In one of the Donetsk Republic localities, the border with Ukraine for some time passed through residential areas. The specifics of the place. The situation is rare, but not unique. In the same locality on conditionally neutral territory there was a grocery store, which was visited from time to time by both the DPR military and the members of the Armed Forces of Ukraine. As a rumor or fact, but local residents sometimes confirmed such rumors and even added new details. One of the versions said that the warring parties calmly crossed in the store during the day, when cross - politely greeted and even encouraged each other: I mean, let’s clash in the evening, do some shooting... Just as if they were agreeing on a game of preference. Now it is difficult to judge how much truth there was in these tales, but the fact that at the very beginning many perceived what was happening as a kind of game, yes, it was. And the more terrible was the sobering up, when the shooting began not somewhere, but right near your city, your town, your village. And then even in residential areas, where there was not only military equipment, but also people with weapons.

It was a very hard time. Food disappeared from shops, enterprises were closed, the streets became empty, the yesterday's hinterland turned into a front line. People perceived what was happening in different ways. Someone, howling in horror, rushed to the run - anywhere, just to get away from the war, and someone joined the militia and went to the front. Someone, being in a state of painful bewilderment, hid in the basement, afraid to go out even when the shelling ended, and someone went to work to feed his family. Relatives, living on opposite sides of the border argued, families were braking up, and the elderly mastered a new type of tourism – «pension tourism».

When a significant part of the republics’ territories was liberated from Ukrainian troops it became easier. There has come a relative peace, people began to go back, shops and enterprises were restored, there was a job, and life began to seem to return to its former track. Somewhere there was still shooting, border conflicts arose from time to time, but it was on a thin thread of military contact, and everyone else lived in the home front. However, it just seemed that way.

Pretty quickly, the terrifying facts of the atrocities committed by various Ukrainian nationalist formations were revealed, and the Ukrainian warriors looked far from being knights of goodness and justice. And although it was possible to cross the border with Ukraine without any problems, many people thought that not everything is simply and clearly, that there is another Ukraine, where people who speak and think differently don’t fit in with them, «conscientious» Ukrainians.

And there’s, on the line of contact, also lived people. Periodically without electricity and gas, under frequent shelling. The question is: «Why didn't they leave?» There were reasons, different for everyone. Someone could not leave bedridden sick relatives, they hadn’t funds for treatment, someone stubbornly did not want to leave their home. Well, there was a hope, of course, that all this will end sooner or later...

Life, routine, as you know, are addictive. A person gets used to discomfort, disorder, restrictions with time. Some people are experiencing things like that hard, but sooner or later they draw into and live, occasionally recollecting that once upon a time the sky was clearer, and the grass was greener, and the girls were more beautiful... But the one who was too small when it all started, and has grown up even if in home front, but in fact on the territory of a constantly belligerent state, he simply does not know other life. And now, after eight years of sluggish confrontation, active hostilities begin. A young man who has received a proper upbringing goes to defend his homeland. Voluntarily. Others goon the conscription, perhaps not without fear, and not without internal resistance, but with the understanding that it is necessary, it is right. But there are still those who become «underground fighters» (just kidding), deviators, fugitives… They say that this is not their war and they will not fight. They hide at home or flee abroad. And if they suddenly get into the army, they desert at the first opportunity. Such individuals, as a rule, also do not like to work and do not want to, but they will never refuse to live well, especially at the expense of others. And then the one who has got a right education, after six months on the front line, returns home for a short vacation. And his godmother says that he brought her a bottle of expensive alcohol as a gift, and when she tried to treat him with a cake, he refused, saying that he didn’t want to get used to sweets, because THERE they don’t serve cakes. The young man shared his impressions about the meeting with classmates who are hanging out on social networks and playing online games in class, and summarised that now it is difficult for him to imagine himself in a peaceful life, in the rear...

And it is quite obvious that a normal and calm life in the home front is paid for with the sweat and blood of those who defend it there, at the front. Of course, no one denies the importance of a strong rear for the army and the importance of a number of professions, without which the existence of the army is simply impossible. But when these boys, well, or young men, return home, will we have the courage to look them in the eye? This question should be asked at least once to yourself, especially if you are now in the rear.